This article originally appeared in The Berkeley Graduate. Despite protests from students, talk show host Bill Maher is slated to speak at UC Berkeley’s December graduation. A student group involved in inviting Maher rescinded the invitation, however, on Wednesday, the administration announced they “cannot and will not accept this decision.” The choice of author and host of HBO’s Real Time with Bill Maher, should serve as no surprise. In this century, the University has featured a man speaking at the December graduation 80% of the time and only twice did a person of color deliver the keynote address: entrepreneur Christopher Gardner in 2009, and Olympic gold medalist Johnny Moseley in 2002. Students almost had non-white men on two other occasions. Both Danny Glover, who was slated to speak in 2006, and California Assembly Speaker Fabian Nunez in 2007 refused to cross union picket lines to serve as December graduation speakers. In a Medium post, author Nisa Dang outlines ten reasons students are against Bill Maher as December graduation speaker. In an Op-Ed in the Daily Cal, Marium Navid writes that Maher “routinely makes incendiary, Islamophobic statements mischaracterizing Muslims and Islam.” She believes that “such preachers of hate should not be given the privilege of speaking at our commencement.” Sara ElShafie, a doctoral student in Integrative Biology suggests the administration should ensure that students have a fair say in the selection process for speakers, and the administration should also invite more speakers who represent minority groups. According to a 2012 UC Berkeley census, the majority of the student body did not identify as white. ElShafie believes speakers should “reflect our campus demographics.” Tamila Gresham, a third-year Berkeley Law student involved in choosing a speaker for the law school’s commencement explained, “you have to be intentional about it. You have to go about it with diversity in mind.” Gresham also noted the importance of diversity among the people selecting the speaker. “Bill Maher can say whatever he likes, and I support his right to say those things, but that doesn’t mean we have to give him a podium at our celebration,” Gresham opined. The School of Law invited Preet Bharara, rumored to be on president Obama’s shortlist for replacing the outgoing attorney general. The protest against Maher follows a long tradition of protests on campus, notably falling on the 50th Anniversary of Berkeley’s Free Speech Movement. It also carries a dose of irony, as some in favor of Maher accuse protesters of an attempt to limit free speech. In retrospect, the absence of protest over certain past speakers seems to be curious. Eric Schmidt (2012) stepped down from his position as Google CEO after an allegedly racist argument. Political theorist Benjamin Barber (2005) published criticisms of feminism with arguments that it denigrates motherhood and marriage. Leon Panetta (2003) is a former Secretary of Defense, CIA director, and oversaw Bin Ladin’s assassination. Over the weekend, Bill Maher responded to protesters saying: “My reputation isn’t on the line, yours is.” Indeed, when a university selects a graduation speaker, the reputation of both school and students is at stake. For Gresham, commencement is about the graduates, using the analogy of a birthday party she comments, “I’m not obligated to invite someone to my birthday party if they have offended me in the past.” 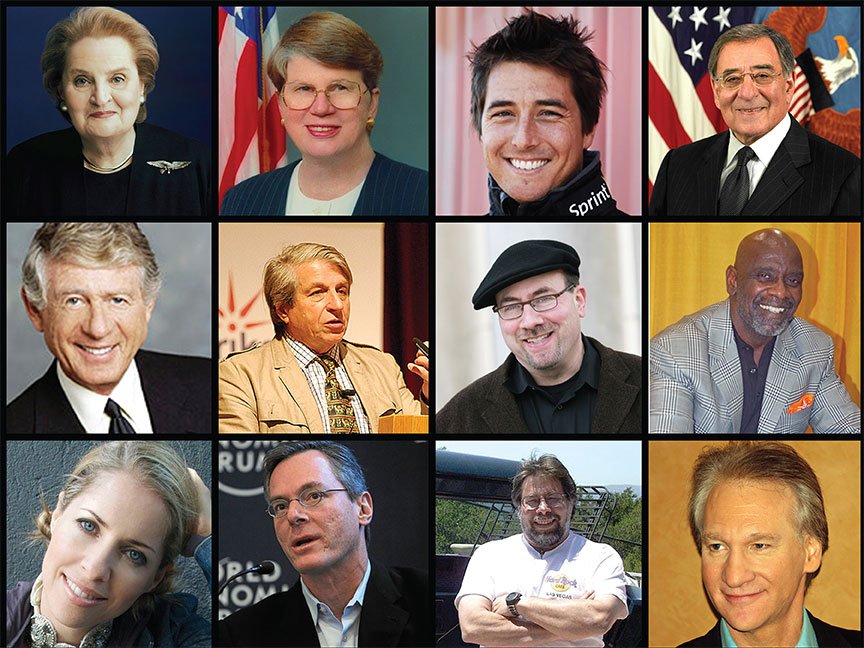